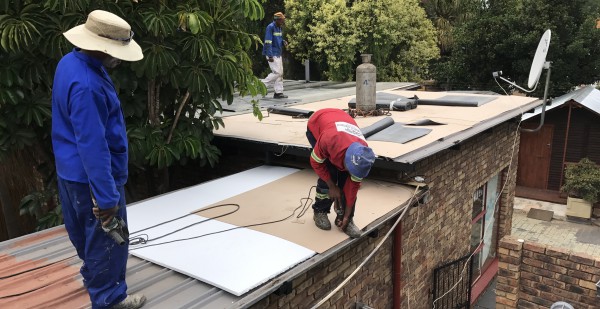 It’s been a few months now since Leo and I have settled into our new home in Centurion. It’s not been without it’s challenges! Shortly after moving in, we realize the roof was going to need much more attention than we originally anticipated.

So the big roof upgrade began. It’s been a few weeks now and most of the work is complete. Most of the work included replacing rotten timber and repairing damaged sections. The next stage, now complete included a board and torch to effectively create a new roof surface. The final parts of the process is about to start, replacing facade boards.

Any cookies that may not be particularly necessary for the website to function and is used specifically to collect user personal data via analytics, ads, other embedded contents are termed as non-necessary cookies. It is mandatory to procure user consent prior to running these cookies on your website.